The German Spinet 1767 library features one of the few preserved original German spinets; a beautiful sounding instrument by Johann Heinrich Silbermann. The instrument was built in Strasbourg in 1767 and features a  bell-like treble response with clear impulse response and a full-bodied sound. Residing at the Germanische Nationalmuseum in Nuremberg, the harpsichord remains in great playable condition. 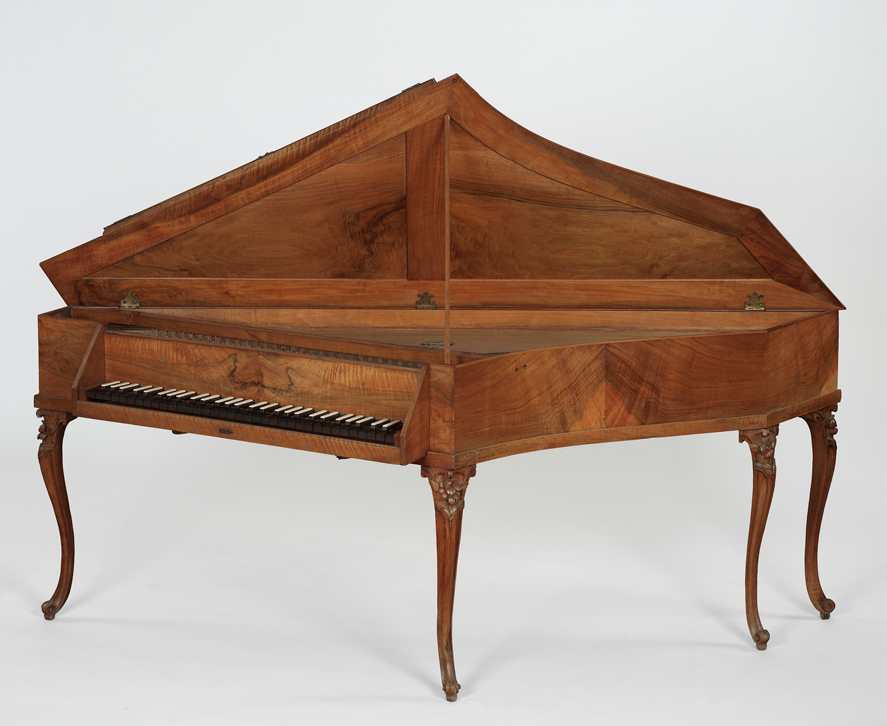 Just like harpsichords, the instrument is not touch-sensitive like a piano. However, even if the differences are minuscule, not any given note will sound the same twice due to different resonances of body and strings.

When repeatedly playing a note (e.g. playing trills), triggering off the exact same sample will create a sterile and unpleasant impression. Therefore, we captured every note with 8 variations. The sounds of the key releases are also of major importance for a thorough impression of the instrument. Those were recorded with 4 release samples per note.

The instrument was captured in its original pitch (413 Hz), presets at 440 Hz are available as well. Presets are included for HAlion®, Kontakt® (full version required) and EXS24® software samplers. 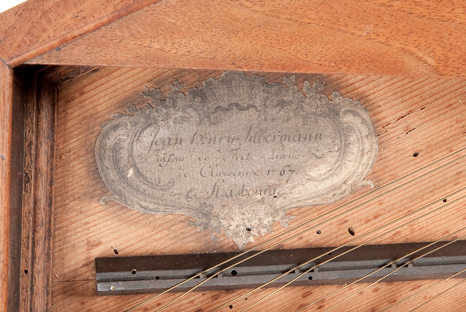 The signature on the soundboard (photo by Günther Kühnel; © Germanisches Nationalmuseum)

The samples were recorded at the beautiful sounding Aufseß-Saal of the Germanische Nationalmuseum. For the recording, we employed microphones and preamps by the German manufactory DS-audioservice. wThe recordings were conducted at 192 kHz/24 bits, downsampled to the resolution of your choice.

In addition to the samples, the library contains an essay in German by Dr. Frank Bär of the Germanische Nationalmuseum, explaining the history of the instrument. The spinet (inventory no. MINe 90) is part of the Klavierhistorische Sammlung Neupert which was bought by the museum.