The Austrian Harpsichord library features an instrument built by Johann Anton Miklis in 1671 in Prague (which belonged to Austria back then). Offering three sounds - 8', 4' register and the combination of both - it shows the rich and slinky texture of Austrian-built instruments which Mozart would have known. 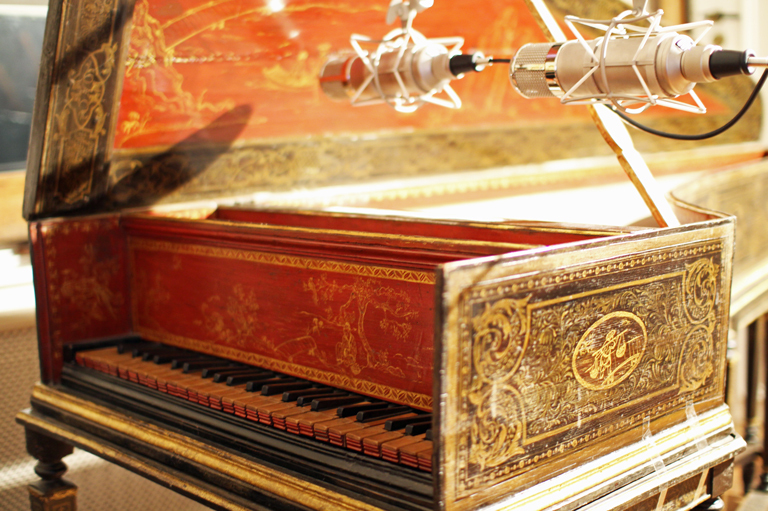 The harpsichord is presented in its original Valotti-tuning at 392 Hz, capturing all 3 register variations - 8', 4' and both registers together. Presets at 440 Hz pitch and with equal temperament tuning are also available.

Like all harpsichords, the instrument is not touch-sensitive like a piano. However, hitting a note won't sound exactly the same twice due to different resonances of soundboard and strings.

In its bass octave, the harpsichord does not feature a c-sharp note, as part of its design. The presets are optimised so it can be played regularly in the bass.