L'Enfant et les Sortileges, Tzigane - those two works by Maurice Ravel make use of the luthéal. 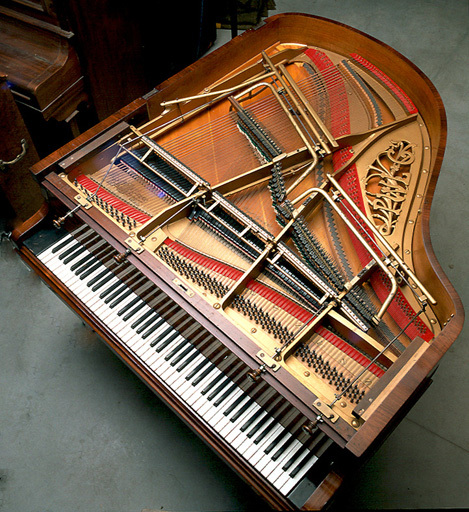 Conductors from all over the world inquire regularly to rent the luthéal for concerts to play Ravel's pieces. However, shipping the last one of its kind around the globe proved to be impossible. As a result, mim and realsamples teamed up to provide a comprehensive sample set of this rare instrument, featuring more than 9.500 single samples. The virtual luthéal  allows to play Ravel's pieces the way they were supposed to be.

Besides the regular grand piano sound - coming from a great Pleyel™ grand - the iron mechanism of the Luthéal offers additional sounds such as the Clavecin stop: It is reminiscent of a harpsichord by adding nails to the strings. The Clavecin ("harpsichord") stop is a great call for a little experiment when a straight harpsichord would sound too far off.

The Harp Tirée stop adds felt dampers to the strings, producing a harmonic sound similar to an all-acoustic version of a Rhodes® electric piano, with warm yet lively harmonics. Both stops can be added at the same time, a combined setup which is referred to as Cimbalom, offering the sound spectrum of a dulcimer.

Perhaps we should have called the library "The Original Prepared Piano" - because that is basically what the luthéal is. While the luthéal hasn't exactly been music for the masses yet, it is treasuring unique yet musical sounds to be explored by the curious and the willing. 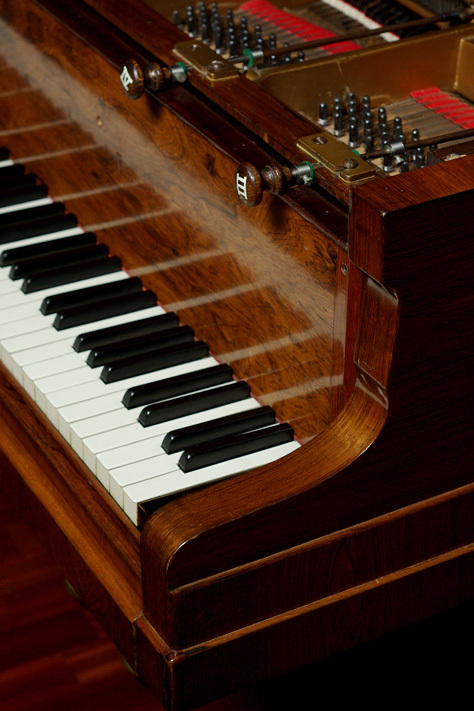 For the recording, we employed Wagner™ U47w® tube microphones with Crane Song™ Flamingo® preamps and Universal Audio™ 2192® digital converters. The samples were recorded at 192 kHz/24 bits, downsampled to your resolution of choice. 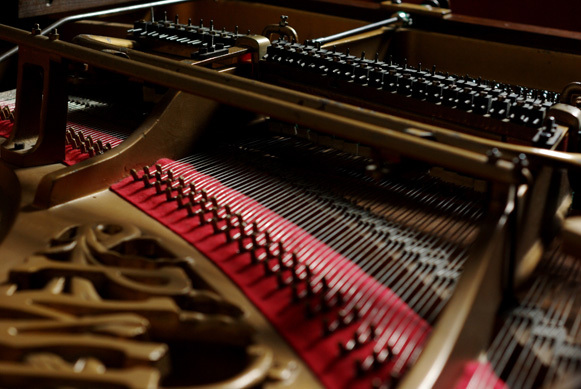