The long decay is a feature of the instrument - the strings ring out without damping. Some performances contain additional reverb.

The German Theorbo-Harpsichord library brings a long-gone instrument into your sampler: Its basic concept is similar to the Lautenwerck - or Lute-Harpsichord - which uses gut strings for lute-like response. However, the Theorbo-Harpsichord is like its "big brother", featuring different stops (2x16') plus an additional metal-strung 4' stop.

Not a single instrument survived throughout the centuries. When the instruments had vanished, the awareness had gone, too: This type of instrument - rediscovered by musicologists only few decades ago - combines tones similar to lute or harp instruments with the airy, bell-like chime of a harpsichord.

After the knowledge had resurfaced, collector Andreas Beurmann had a reconstruction built by Ludwig Richter in Ludwigsburg, Germany. 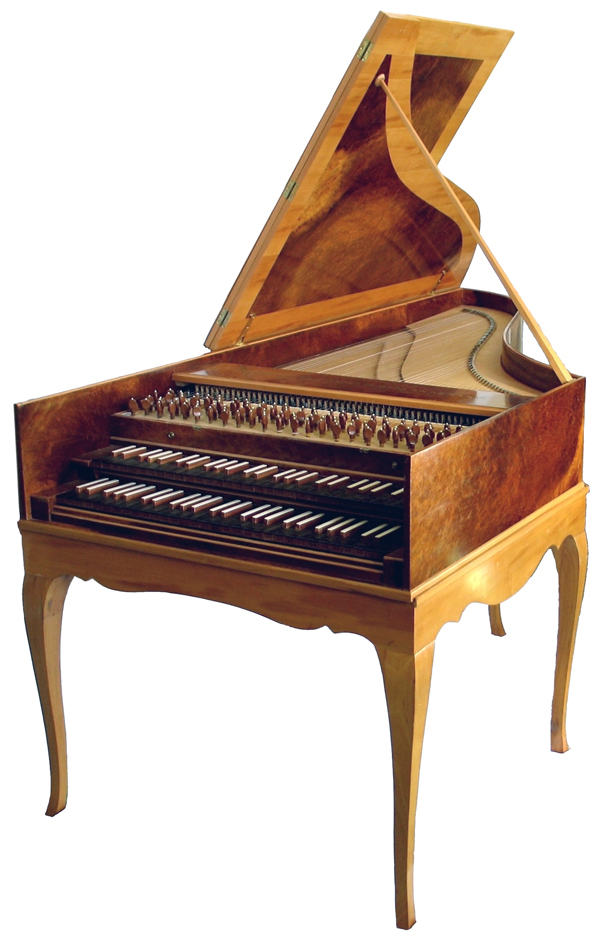 Back in the days of harpsichords and spinets, a theorbo-harpsichord offered warmer tone. Its two 16' stops and different rows of jacks offer variations that resemble lute and harp instruments. The switchable metal-string 4' brings airy richness and fast attack to the table.

All notes bloom with full decay due to undampened strings (in contrast to harpsichords and pianos) - this leads to a vibrating, reverberant yet still transparent sound.

We sampled the instrument with 6 different register combinations, including differents jacks of the 16' stops, and its coveted 16'+4' combination.

Just like harpsichords and spinets, the instrument is not touch-sensitive. However, not any given note will sound exactly the same due to resonances of body and strings. In order to pay tribute to the instruments' variation, every note was captured with 8 different samples. The key release sounds are also of major importance for the overall experience. Therefore, we recorded 4 release samples of each note.

The instrument is now available for your sampler, presented in its original Valotti tuning at 412 Hz (presets at 440 Hz are included). Furthermore, the library contains an essay by Andreas Beurmann, explaining the background of the instrument.

Recorded in the great sounding rooms of the Hasselburg estate, we employed vintage Neumann™ TLM170® microphones in conjunction with Crane Song™ Flamingo® preamps and Universal Audio™ 2192® digital converters. The instrument was captured at 192 kHz/24 bits, downsampled to your resolution of choice.